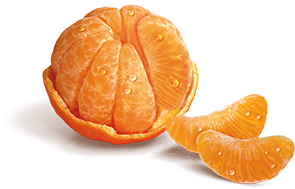 Our 100% California-grown mandarins are made up of two varieties: Clementines (available November–January) and W. Murcotts (available February–May). They’re both sweet, seedless, and easy to peel, which is why all Halos are bursting with Pure Goodness®.