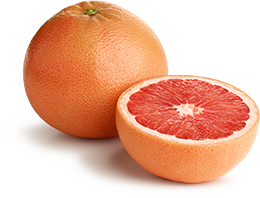 Our Texas Red grapefruit are not only non-GMO, they’re also the juiciest, reddest, and sweetest you’ve ever tasted. What’s even sweeter, just half of a grapefruit is an excellent source of vitamin C and has only 70 calories. They’re the sweetest way to start your day.